One of the more unusual sporting facts relating to the Great Linford is that a boxer was once the publican of the Black Horse Inn. Harry Ware was a pugilist of some reputation, who in 1902 made the following announcement in the Sporting Life of October 14th.

THE BANTAM-WEIGHT CHAMPIONSHIP.
TO THE EDITOR OF THE “SPORTING LIFE”

Sir. - l have decided to retire from match-making in order to give proper attention to my hotel business, unless any aspirant to the championship honours has backing for at least £2OO. Of course the proposed match with Ike Cohen (of Leeds) was proposed in good faith, and I thank Mr. W. Higgins tor his kind support. He has always proved a good friend to me, but I cannot make a match for less than £200. Indeed my backer, Mr. P. G. Parker, is quite willing to support for £1,000 to fight Andrew Tokell to a finish in private on the terms suggested. Of course I shall continue to give exhibition displays and train boxers, which will enable me to keep In fair condition, in case any bona fida challenger with substantial backing should step to the front – Yours,
​
Harry Ware (Bantam weight Champion.) Black Horse Hotel. Great Linford, Newport Pagnell
October 11. 1902. 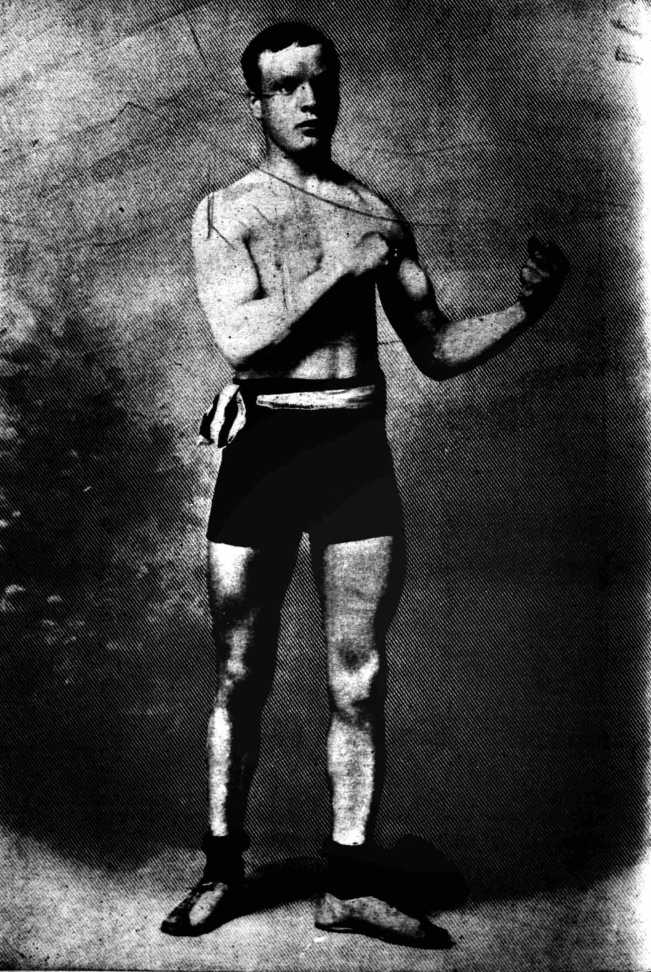 Harry Ware, pictured in the Boxing World and Mirror of Life - June 29th 1904. Reproduced with permission of THE BRITISH LIBRARY BOARD.
​As it happened, Harry was lured back to the ring by a fat purse, as in early 1903 we learn that he is in training at the Black Horse. The opponent lined up was an American named George Dixon, a match-up that seemed to be generating some excitement in the fighting world. These press stories make clear that the Black Horse had by then a fully equipped gym. The Sporting Life magazine even sent a reporter to interview Harry.

It was here he introduced a Sporting Life representative to one of the best fitted and most comfortable gymnasiums possible. Harry during his few months’ connection with the establishment just mentioned has utilised his long personal experience in providing for the comfort of others who take an interest in physical culture. Not a solitary thing which should be found in a gymnasium is missing, and therefore it is not surprising to find that Ware, surrounded by every comfort, should decide upon stay-at-home training. He is not without assistants, who are only too ready to lend a hand, and with Harry a most conscientious worker, he has succeeded in getting himself into the acme of condition. 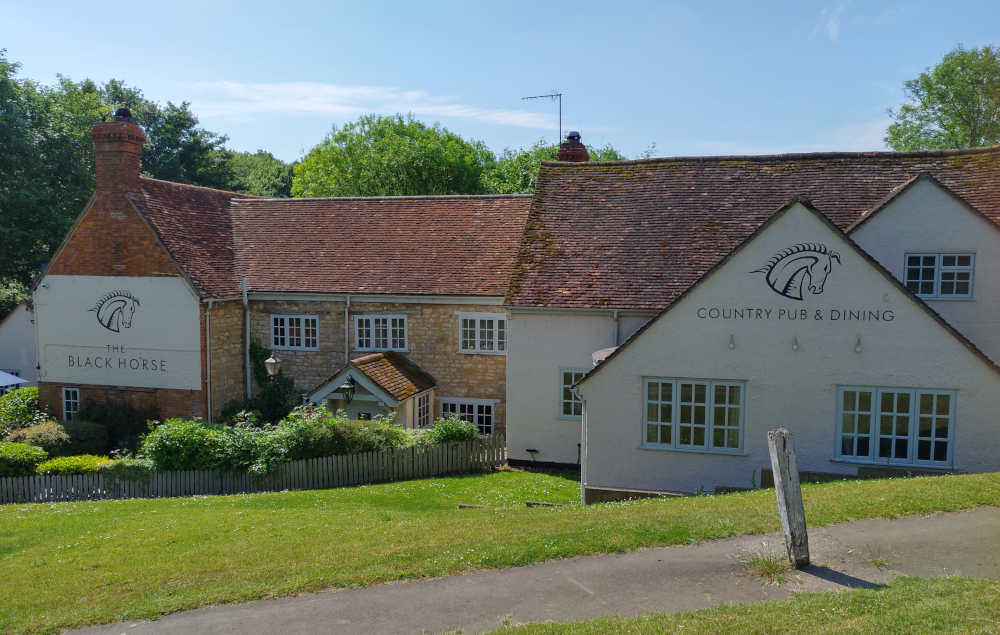 The Black Horse at Great Linford.
Notwithstanding the calibre of facilities at the Black Horse, the fight which took place on Monday February 9th, 1903, at Northampton Corn Exchange before a very large audience, was deemed by the sporting press a disappointment. Neither man fought to the peak of their potential and the eventual result was declared a draw.

As to the gym Harry had established at the Black Horse Inn, though it was spoken of in glowing terms on several occasions in the sporting press, no evidence has yet come to light if (as hoped) other boxers made use of it. Harry, under his given name of John Henry Ware, had been formally transferred the license of the pub in November of 1902, but the gym goes unmentioned after October of 1903. Perhaps of significance, the last mention of the family in Great Linford is a grim one, and conceivably portends their departure from the village under a dark cloud.

On October 5th of 1903, Harry’s wife Annie found herself testifying at a coroner’s inquest into the death of the 2 year old child of Thomas and Elizabeth Mynard, who had drowned in the canal on the afternoon of the 2nd. The sad tale told to the jury was that on finding herself needing to go to Wolverton, Elizabeth Mynard had left her child in the care of Annie Ware, though exactly to what degree this was the agreed arrangement is left in some doubt. At some point in the afternoon, the child was missed, and after a search, his lifeless body was found in the canal. The jury returned a verdict of accidental drowning, but it was noted that this was a dangerous place for children, and that one of Harry Ware’s children had narrowly avoided a similar fate some weeks earlier.

Was Annie negligent? The jury did not think so, but given that the Mynards were next door neighbours, one can only imagine what the state of relations between the two families might have been and the views of their fellow villagers. Tongues may have wagged, or perhaps the Wares simply found the memory too painful to remain. Certainly by 1904 Harry (and presumably his family) is recorded as residing in London.

Several Great Linford residents were associated with the Progress Boxing Club in Newport Pagnell, and on a number of occasions made the papers due to their prowess in the ring. Notable amongst these was an E. Sapwell, who in November of 1927, was reported to have taken part in the Metropolitan Police Boxing Tournament at the People’s Palace, London. Exactly what he was doing there, or who precisely E. Sapwell was, requires additional research. It might be Edward Sapwell born 1906, but the name Sapwell is certainly one well known in Great Linford. One might presume from the location of the bout that he was a member of the local constabulary, but the surname does not seem to figure in that regard. Regardless, on the night in question he progressed to the semi-finals, but was denied a victory on points, much to the strong disapproval of the audience.

E. Sapwell was back in the news the following month, this time reported going head-to-head with one J Gadsden, the ex-light-weight champion of the Midlands. The fixture was to take place at Birmingham, but sadly the encounter does not seem to have merited a match report. However, the same article in the Northampton Mercury of December 17th does mention that the Progress Boxing club had put on an exhibition of boxing skills at “the hut” (presumably the original community hall) in the village. Major Charles Mead (then renting out Great Linford Manor) was on hand to preside.

The members of the club were on the move again in February of 1928, this time taking their exhibition of pugilism to the Stony Stratford Working Men’s Social Club. An L. Sapwell (conceivably either Lawrence or Leonard Sapwell) was one of the boxers demonstrating their skills. Also representing the club were Great Linford residents S. Lynham (likely Sidney) and F. Turner, who for now must remain unidentified.

The late 1920s seem then to have been a time that the young men of the village were particularly keen on entering the ring. Another talented local was named only as “Sergeant Atkinson of Great Linford” in an account of a Bucks Territorials camp held in August of 1929. Sergeant Atkinson reached the semi-final of a middle-weight contest, but unfortunately he could be any of several men of that name in the village, so we cannot say for certain who he was.