​The coming of the Railway would have brought with it significant changes to the lives of people in Great Linford. As detailed in the history of the Newport Pagnell Railway on this website, a growing number of men in the village had found work at Wolverton Works, plus with a quick link now available via Wolverton to London and Birmingham, people and freight now enjoyed relatively easy access both to the capital and further afield. Illustrating the benefits the line brought, the railway station at Great Linford is mentioned often as a selling point in property sales, especially in connection to farms, but there were also cultural benefits, with special trains run to accommodate passengers travelling to events, such as the horse races in Newport Pagnell. Of course with the introduction of a new innovation came new ways to come to harm and new ways to commit crime, including fare dodging, which you can learn more about on the criminal cases section of this website.

Here following are a selection of stories relating to the railway at Great Linford. 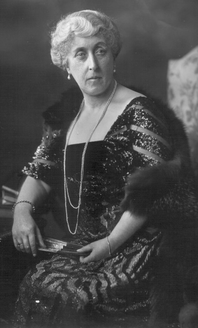 To begin with the princess, her full name and title was Her Royal Highness Princess Helena Victoria Adelaide of Schleswig-Holstein and she was the grand-daughter of Queen Victoria. Though she bore German titles, her upbringing had been entirely English, though it was not until the eve of the first world war in 1917 that she and the rest of the British royal family felt obliged to change their name to Windsor to alleviate the then increasingly embarrassing connection to the German monarchy. The League of Mercy had been established by Queen Victoria in 1899 to support charity hospitals, and the princess was travelling in her capacity as president of the district to a meeting at the village of Gayhurst outside Newport Pagnell. Crowds of well-wishers congregated at Great Linford station platform and as reported in the Northampton Mercury newspaper of May 28th, “cheered heartily” at the passing of her train.
Accidents

Fall from a train

William Randell was a bricklayer in the employ of Wolverton Railway Works. At about 6pm on Friday, August 30th, 1907 he was returning home to Great Linford and made the mistake of attempting to alight while the train was still in motion. William slipped between the footboard and the platform, dislocating his hip and sustaining injuries to his back. After being treated at home, he was moved to Northampton General Hospital, where he was reported to have been making satisfactory progress. If not for the quick actions of the station master, Mr. W. H. Dunleavy in alerting the engine driver, it is likely that Randell would have been killed. The rules against alighting while the train was in motion specified a £5 fine for a first offence, and £2 for any future infraction of the rules.

A narrow escape
​
On Wednesday March 29th, 1944, Herbert Frederick Tompkins, a 64 year old farm labourer from March Farm cottages at Great Linford, was leading a horse and cart over the railway line at a place called Patterson’s Crossing, which was near to the station. It seems he was not paying close enough attention to his surroundings, and as a result the 4pm train collided with his cart, killing the horse instantly and landing Tompkins in Northampton General Hospital with a fractured forearm and ankle.

There seems to be only one known report of a fatality during the building of the Newport Pagnell Railway, though this involved a horse. On the afternoon of Monday July 24th, 1865, a team of 3 horses was on the line pulling some ballast wagons when a thunder storm rolled in. As they neared the point they were to tip their load, a lightning bolt struck the lead horse, killing it instantly. The second horse was miraculously unhurt, but the third was severely injured. The man leading the horses was knocked off his feet by the concussion and though much shaken, was expected to make a full recovery.

A death on the line

Tragedy occurred at Great Linford on or around January 12th, 1876, when the badly mutilated body of a young girl was discovered near to the level crossing. A train driver named James Orchard had thought he had spotted something in the “four foot”, which is a railway term for the distance between the two rails. On hearing this, Mr Williamson, the station master at Bradwell walked down the line to Great Linford and approaching the crossing, saw about 12 yards distant, a muff, followed by a head-dress, and then the body of the deceased. This must have been a shock, as the body was that of a girl named Elizabeth Kingston, who had stayed at the home of Mr Williamson the previous night. She had recently left the service of the vicar of Stantonbury, and was travelling home to Woolstone. The account of the coroner’s inquiry carried in the Buckingham Express of January 22nd does throw up a question mark, as Elizabeth was believed to be in the company of her “young man”, a Richard Mabley, who apparently provided testimony that was, “rather contradictory”, but regardless of any ambiguities in the evidence, the jury returned a verdict of accidental death caused by injuries inflicted by the engine.

A building site, especially one as extensive as a railway line, would seem to provide ample opportunity for pilfering, and such was the case in April of 1865, when a Charles White was convicted of stealing a quantity of metal worth 5 shillings, the property of Bray and Wilson, who were the contractors employed to build the railway. White was sentenced to 21 days imprisonment.

An unnamed 14 year old boy was brought before the Newport Pagnell Petty Sessions on June 13th, 1917, accused of stealing 229 packets of sweets from a vending machine at Great Linford station. The lad had devised a method to tease out the packets without paying, but though he denied that he had taken as many as claimed, he did admit that he had been pilfering for several months and pled guilty. Interestingly, it seems the vending machine company, the British Automatic Co., took the matter seriously enough to dispatch a prosecutor from London. The lad was sentenced to 12 months’ probation and his father, who had asked for leniency, ordered to pay the £1 cost of the trial.

Boys will be boys, and the railway line was clearly a magnet for children seeking to do mischief. Two cases illustrate the dangers and penalties of trespassing on a railway line. Walter Rogers and Frederick Taylor, two small boys, were charged at the Newport Pagnell Petty Sessions of May 19th, 1880, with placing a metal bolt on the line and causing £3 worth of damage to the engine. The offence occurred at Great Linford, and though there was argument in the court over the cause of the damage, both boys were found guilty, fined and received strokes from the birch.

Henry Baker was 13 years old when on October 22nd, 1890, he was brought up before the Newport Pagnell Petty Sessions to answer to a charge of placing objects on the railway track in the vicinity of Great Linford. It was not his first run in with the law, as apparently he had been charged on a previous occasion with causing wilful damage in Newport Pagnell Church. He was a resident of the village and the son of “very respectable people”, but the trial heard how on two occasions on the same evening, the train driver had spotted stones and wood placed deliberately on the track. On both occasions Henry had been observed watching the train, and was seen to laugh at the second occurrence. Crying in the dock, he pled guilty and promised not to do it again, but as the newspaper account states, his tears “began to flow with fresh vigour” upon receiving a  sentence of eight strokes with a birch rod.

On June 21st, 1865, two men, James Brown and James Mason, were apprehended sleeping rough in a barn at Great Linford. Brought before the Newport Pagnell Petty Sessions on June 24th, the pair gave an account of themselves that obviously fell upon sympathetic ears. They have been travelling they explained to seek work on the railway, and having walked a long way and not having money for a bed, had went to sleep in a barn. The case against them was dismissed. Sadly we do not know if they found employment.

It seems that the coming of the railway had spurred on the renewal of an old tradition of holding horse races at Bury Field, Newport Pagnell. The Northampton Mercury of March 21st, 1868, reported that special trains were running throughout the day to convey spectators. Mr. H. Clode of Great Linford appeared to have been listed as the starter for races in 1888. Other events served by special trains include a horticultural show at Newport Pagnell in 1888, with a late train provided after a fireworks display and a concert of Handel’s Judas Maccabaeus performed in Wolverton in 1873, which reportedly saw a good attendance of music lovers from Great Linford. Clearly the Newport Pagnell Railway was bringing cultural as well as economic benefits to the village.

The station staff at Great Linford in 1911 were clearly proud of their little outpost, as they received recognition of their efforts, when we find them highly placed in the station garden awards, receiving a prize of 15 shillings.