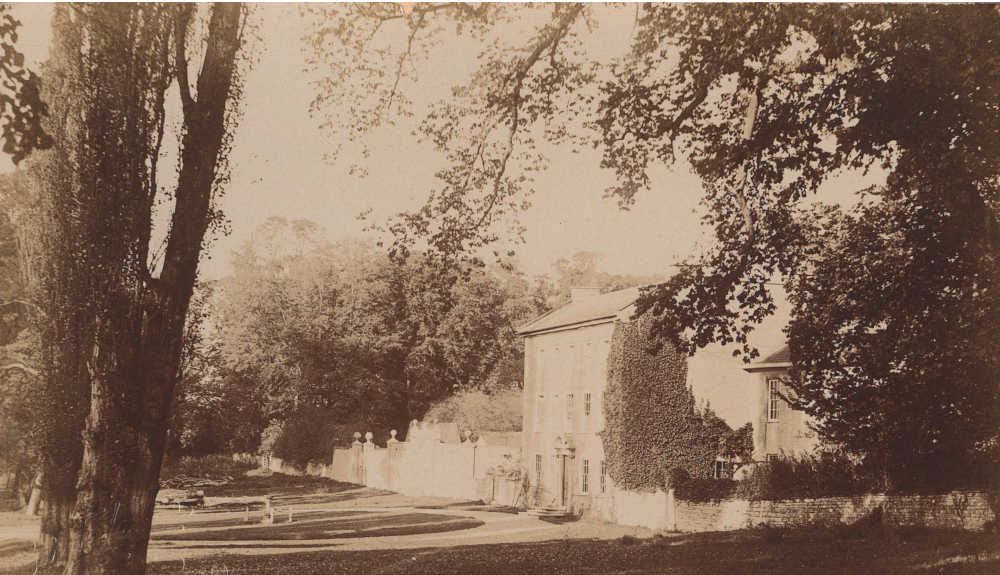 ​
The house that today dominates the grounds of Great Linford Manor Park was built along with the Almshouses, (also containing a School House in the centre of the block) by Sir William Prichard (also spelt Pritchard), who had purchased the estate in 1678 from Sir Richard Napier. The manor house was built circa 1688-90, replacing the much older medieval building that once stood where the Art Centre car park is now located. The positioning of his new house is oddly located at a lower elevation than the old manor, a commanding position for a grand house being considered vital as a symbol of the wealth and power of the owner. Why Prichard chose then to build his new manor house with a less prestigious outlook is something that has no obvious answer.

The old manor house was likely built when the two manors held by Hugh de Bolebec in the 11th century were combined, but as excavations in 1980 revealed, there was much evidence for a large amount of subsequent remodelling; it fact it seems entirely likely that it was extended and rebuilt substantially several times. An estate map produced in 1641 depicts a large unlabelled building midway between the parsonage and the church, which seems an excellent candidate to be the manor house, a theory backed up by a subsequent 1678 map which shows a similarly located building complex that this time is unambiguously labelled as “The Manor House.” The building appears at this time to be “L” shaped
​
The excavations in what is now the Arts Centre carpark revealed two distinct buildings, the manor house and an adjacent bakehouse that would have also served as a brewhouse for the making of beer. The manor house contained a hall, separated by a cross-passage from a service room, at the end of which was a room described in the archaeological report as a garderobe. This is a rather generic word for a room in a medieval building, which can mean a number of things including a store room for valuables, a bedchamber (or private room), and most commonly a toilet. The bakehouse showed clear signs of having been consumed by fire and rebuilt, before it was finally demolished completely in the late 15th century. 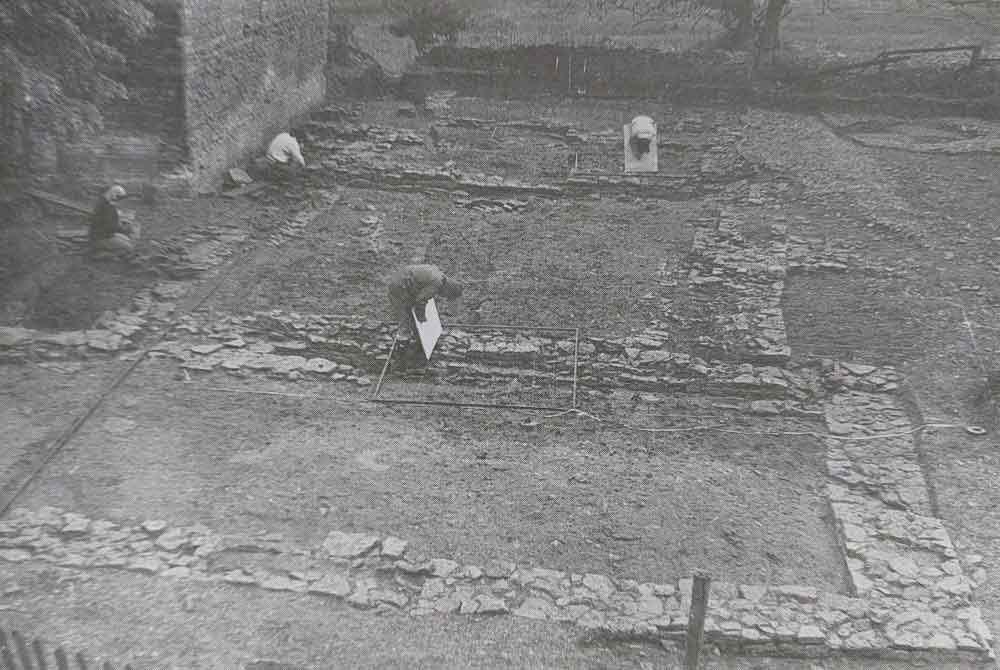 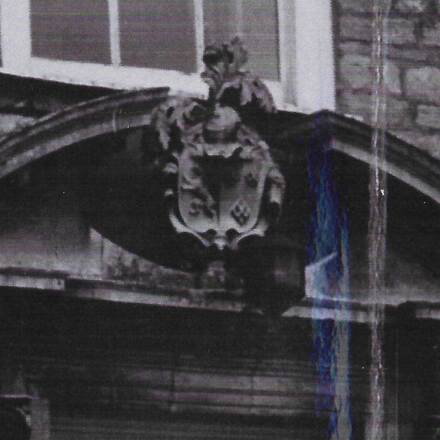 The Uthwatt coat of arms which adorned the now empty space above the manor house front door.
In 1688 Sir William Prichard decided that he needed a house of more contemporary design, and so ordered the demolition of the old medieval manor, selecting a new site facing west. The work was finished around 1690 by a builder named Richard Atterbury of Newport Pagnell, who had also built the church of St. Mary Magdelene at Willen. Atterbury reused some material from the old manor house, but unfortunately we have no surviving account of the design Prichard stipulated and the house has undergone so many subsequent phases of extension and refurbishment that it is difficult to untangle the architectural history, though the elaborate front doorcase may well be a surviving part of Prichard’s manor. We can however surmise that the house originally consisted of two stories plus attics and was one room deep, with cross windows and a steep pitched hipped roof, meaning there were four sloping sides. The later addition circa 1725 of the two Pavilions to the manor park landscape may well provide a clue as to the original core manor house design, as it seems reasonable to suppose they would have been built in a complimentary style.

After the death of Sir William Prichard in 1704, the manor passed by inheritance to the Uthwatt Family, first Richard and then Thomas. It was Thomas who oversaw substantial alterations circa 1720-1750, first with the construction of the Pavilions and then the extension of the manor house with the addition of the two wings. This may have been in two phases, circa 1740-50, with first the east wing, then the west. This west wing contains the “Great Room”, intended as a high-ceilinged ball-room, but as symmetry was all the rage at the time of construction, the windows and the door at the front of this wing are actually bricked up, the glass and frames included only to ensure that both wings are mirror images of each other.

A description of the interior appears in A guide to the historic buildings of Milton Keynes, published by the Milton Keynes Development Corporation in 1996 and makes reference to a 1758 inventory, which describes 21 rooms, including cellars and the garrets in the roof that housed the servants. The main rooms were named as the Great Room (the  aforementioned ballroom in the right hand wing), the Brown Parlour, the Stone Hall and a drawing room.  The other wing appears to have contained the Kitchen. By the time of the inventory, the interior had also been panelled. A fine staircase with turned balusters was re-positioned in a rear hall, possibly having been previously located in a circa seventeenth century wing.

The manor house was re-fronted in 1780 and the roof lowered and slated to keep up with fashions, this then being the last known major change to the building, though some further alterations took place in Victorian times that were of limited impact.  Internally, additional panelling and fireplaces were added, and on the exterior, panelled box eaves were added to the roof. The aforementioned guide to historic buildings casts some doubt on the age and authenticity of the ballroom decorations in situ, with the suggestion that later Victorian artisans had used the pattern books of a prolific 18th century architect named William Halfpenny to remodel the room in his style.

A number of external features have sadly vanished over time, notably the Uthwatt coat of arms above the front door and a sundial which stood on the round grass area directly in front of the manor house. This is thought to have been a relatively new feature, though it is visible in an early 1900s photograph of the manor reproduced at the top of this page.

​Also now missing are a variety of decorative features that stood atop the large front walls of the manor; it is supposed that the arched alcoves set into the walls may also have once contained decorative features now lost. The decorations atop the walls are visible in the aforementioned photograph, but the alcoves appear empty even then.